Are You in Compliance with New Hairstyle Discrimination Bans?

Afros, dreadlocks, cornrows—if these words appear in your employee handbook, it could cost you hundreds of thousands of dollars. Similarly, if one of your managers sends a worker home for sporting one of these hairstyles, you can be fined as well as sued.

That is, if you operate in New York or California. Both states recently passed workplace legislation that protects employees and applicants from discrimination based on hairstyle. A third state, New Jersey, is considering similar legislation.

Some employment law attorneys predict it’s the start of a trend. Furthermore, they warn that, even in states that don’t pass such laws, employees are becoming more sensitive to employer policies regarding hairstyles. As a result, proactive employers are reevaluating and retooling their HR policies to avoid getting tangled up in potential conflicts.

Getting to the Root of Hairstyle Discrimination Laws

New York City was the first to pass a hairstyle discrimination ban, which is targeted to protecting black employees who wear natural or protective hair styles. Shortly after that law was passed in February 2019, California passed its CROWN Act (Creating a Respectful and Open Workplace for Natural Hair).

The bill was triggered in part by a study of 2,000 women—half black, half white—who held corporate jobs. The study, sponsored by the beauty brand Dove, found that, compared to their white counterparts, the black workers were:

The CROWN Act’s sponsor, Senator Holly Mitchell of Los Angeles, maintains that American ideas of what’s professional and appropriate in the workplace are based on old Eurocentric standards, stating, “There are too many cases of black employees and applicants denied employment or promotion, even terminated, because of the way they choose to wear their hair.”

While there are federal protections in place for workers’ grooming practices as they relate to religious beliefs, there are no federal protections governing hairstyles associated with specific races. In fact, in 2018, the U.S. Supreme Court declined to review an NAACP case in which a black woman had a job offer rescinded when she refused to cut her dreadlocks. But that doesn’t make the issue any less pressing. 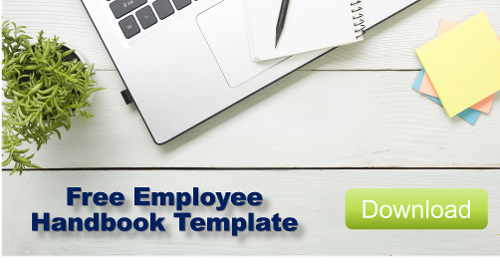 What Employers Can Do to Avoid Potential Problems

Employers who operate in affected states have no choice but to update their HR policies and practices. (New York’s law is already in effect; California’s become effective January 1, 2020.)

In addition, some employers based outside these jurisdictions are proactively choosing to update their employee grooming and appearance standards to avoid potential disputes down the road. If you decide to go that route, employment law experts recommend taking these steps:

What about Safety and Hygiene Policies?

These new laws don’t mean you can’t have grooming policies in your workplace—they just can’t directly target specific hairstyles in a way that disproportionally impacts races. Furthermore, you can still enforce safety and hygiene standards. In fact, you still have an obligation to do so.

For example, according to OSHA, employers are responsible for ensuring that employees who work around machinery—such as in the manufacturing and construction industries—have securely fastened hair. Like loose clothing and jewelry, loose hair, regardless of style, poses a risk of getting caught in moving parts. Similarly, the FDA Food Code requires that workers handling food wear “restraints” like hats and hairnets to prevent hair from coming in contact with food.

These days, employers are continually challenged by new compliance mandates like these. In many cases, their HR software provider should be able to help. EPAY’s HCM system offers built-in tools and safeguards to keep employers compliant on the federal, state and local levels, while our HR consulting services offers employers personalized assistance as new challenges arise.

Before you go, sign up for compliance updates from our blog.